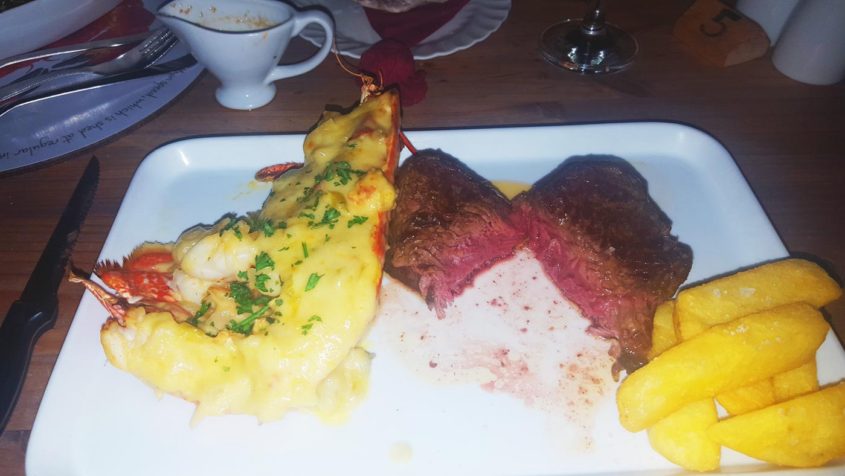 It’s always the case when you visit somewhere new, when you haven’t got the foggiest idea where to go for food or a drink. It’s not so bad in a city as you can go for a mini adventure on foot as the streets tend to be straight and easily navigable but on an island attached to the mainland by two bridges and with little pockets of settlement and housing dotted around the island it sometimes becomes a little harder.

You can try the trip adviser method but sometimes you just end up with the Janes butty hut serving lunchtime sandwiches instead of a decent restaurant for tea. Luckily for me I was in the company of Ynys Mon born and bred Llio Angharad, so we had to dine where the locals dine at her favourite and by the sounds of it everyone elses favourite place to eat on Anglesey, the Lobster Pot. Seems it was a family tradition working at the Lobster as that was her first ever job so brought back some fond memories.

The Lobster Pot in Anglesey seems to be the islands worst kept secret with mostly only locals knowing about the quint little restaurant located in Church Bay about 25 miles or 30 minutes from Menai Bridge.

The Lobster Pot had been feeding the local Anglesey residents lobster, crab and oysters since 1946 and when dinning at a fish restaurant with so much experience and their speciality in the name of the business there wasn’t much that was going to stop me having lobster. 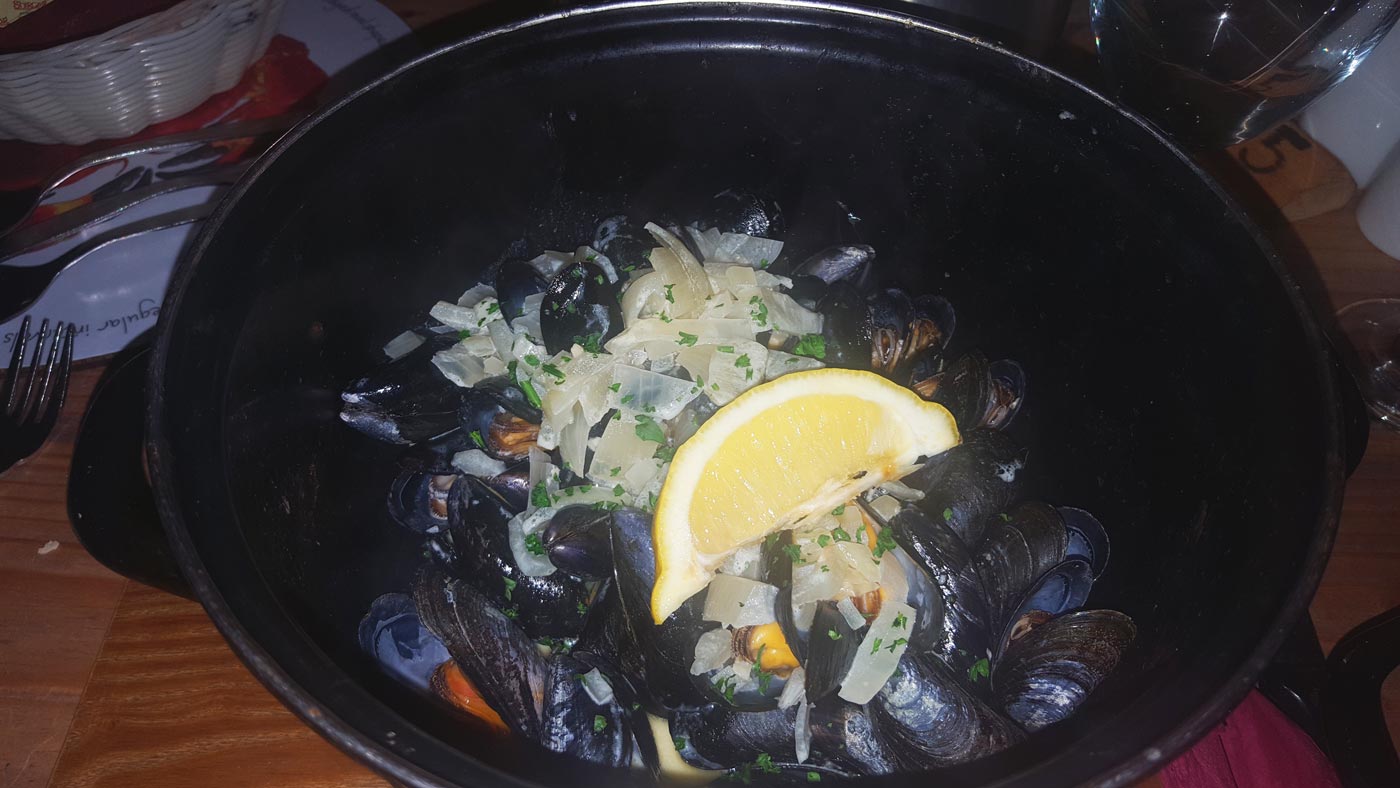 I had opted to give mussels a miss for lunch at Dylan’s in Menai Bridge a few hours before knowing I was coming to The Lobster Pot so thought I’d go the full sea food hog for tea. I opted for the Anglesey Mussels steamed with garlic, onions, cream & white wine with a chunk of bread drowned in real butter to mop up the hearty broth. I’ll be honest I could probably have smashed a whole boule of sourdough to soak up every last drop of the sea kissed juices eagerly staring at me from the bottom of the pot but i didn’t want to crash and burn too early.

I managed to sample a little nugget of scallops from Llio’s starter of Scallops Mornay, which were basked in Welsh Cheese sauce, reminding me of my favourite starter ever the St Jacques Coquilles sauce minus the crispy pipped potato. My buttered bread chunk gliding over the plate like a stealth bomber stealing a dollop of sauce to sample the flavours of the other starter on the table.

Main course I was looking to the most. I’ve had lobster quite a few times but it’s just been grilled with a bit of garlic butter and a few herbs liberally sprinkled like confetti on top but i’ve always fancied the lobster thermidor after watching a programme on BBC of them painstakingly preparing them for dinners on the Belmond British Pullman. Unless I was going to fork out for a 5kg beast I knew a £25 lobster wasn’t going to fill me up so I opted to sample some of the finest Anglesey fillet steak cooked medium rare to compliment the fish course.

I couldn’t decide where to stab my fork first the succulent, blood licked fillet or the white flakes of lobster submerged in the creamy, blistered cheese sauce but it had to be the lobster i’d been dying to try for so long. The sauce was something else it truly was and didn’t want it to end scraping every last morsel from the lobster shell and the steak was so tender, with a perfectly seared crust yet melted in the mouth and knife glided through it like butter. The steak wasn’t complete without a good dusting of Anglesey’s finest export with the white tub of Halen Mon taking centre stage on the table. 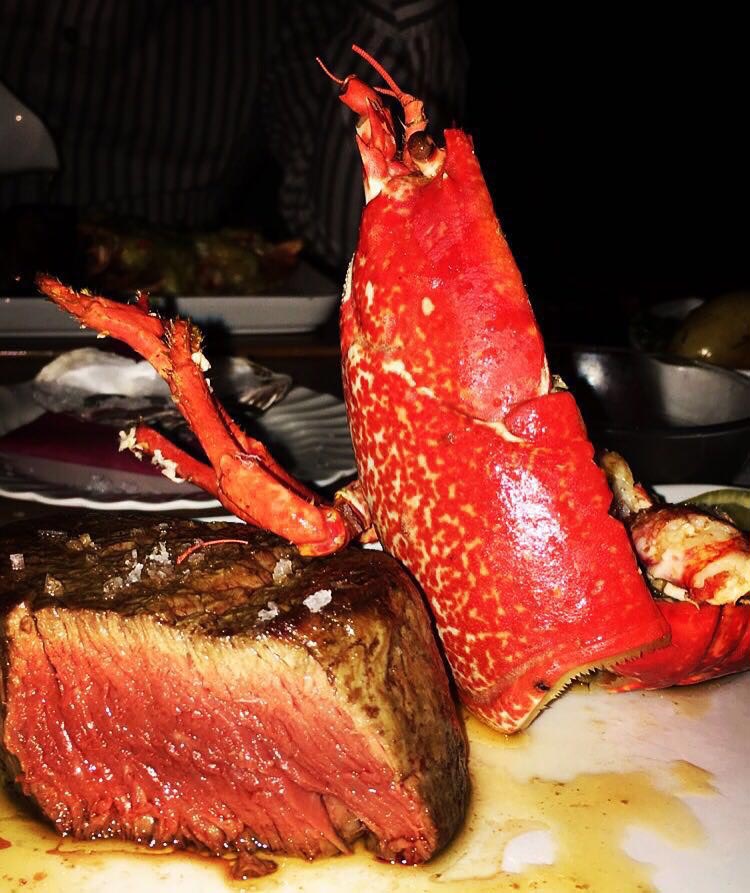 I was torn on the desserts hoping for a cheese board to share but with none on the menu I set up on a trust favourite the sticky toffee pudding and ice cream. A perfect ending to the 5* previous two courses, the portions were just right with a warm, moist sponge, buttery toffee drizzled on top with ample scoops of good vanilla ice cream. No Walls shit here that’s for sure. 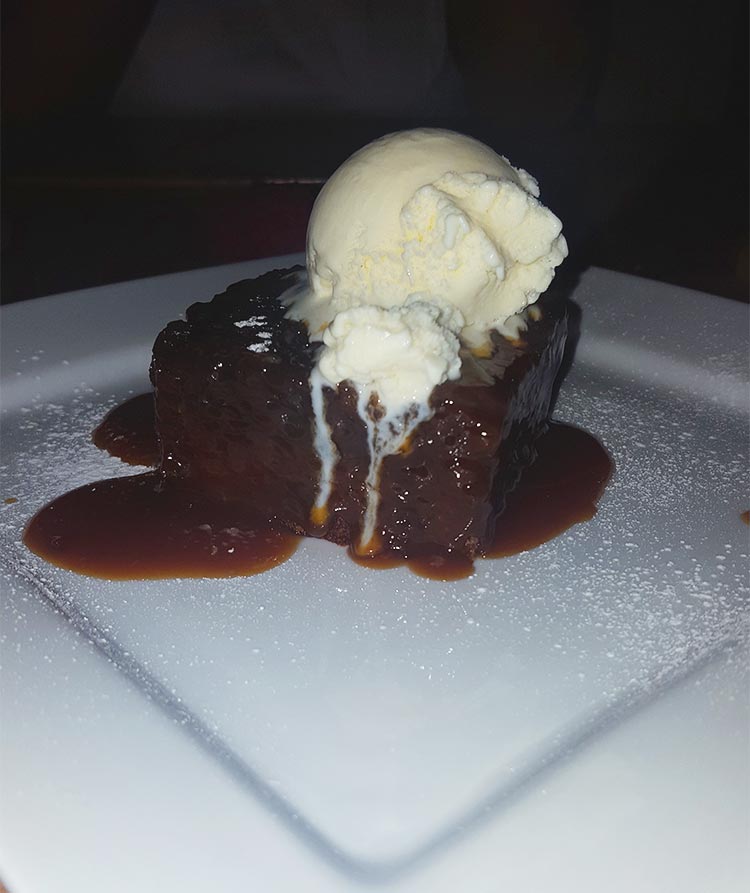 If you are on Anglesey and looking for some of the finest sea food the island has to offer then make sure you pencil in The Lobster Pot because it truly was the best lobster dish and one of the best cuts of fillet i’ve tasted. Everyone we spoke to about our booking for tea were in no denial we would enjoy the meal, which goes to show the quality is something they pride themselves on in the old cottage restaurant. 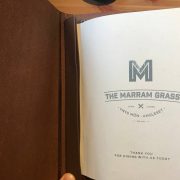 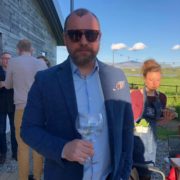 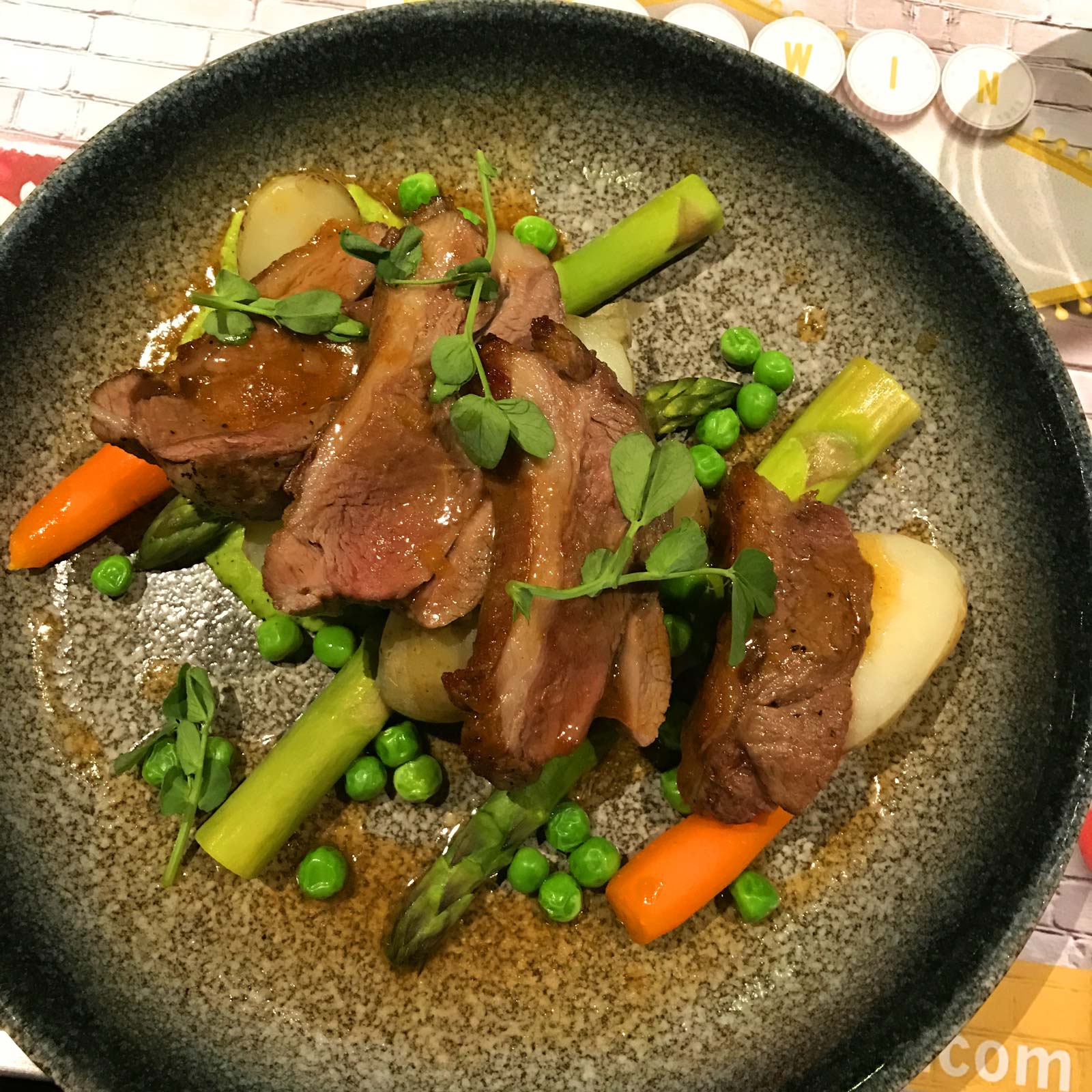