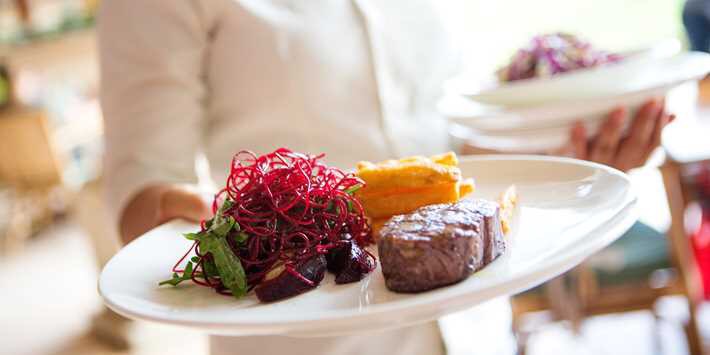 Jols restaurant in Merthyr is churning out some of the best food in the north end of the valleys with head honcho Jamie o’Leary orchestrating things behind the kitchen.

Jamie who was taken under the wings of Stephen Terry at The Hardwick and learnt his trade as sous chef at the Abergavenny fine dinning restaurant.

I’ve been a fan of Jol’s for a few years now after sampling some of the smaller dishes they’ve mustered up at regular streetfood festivals in and around Cardiff such as the ever popular Streetfood Circus.

I’ve not had the chance to test out the regularly changing menu at Merthyr’s best restaurant yet even though it’s been over a year since opening the doors but i’ve kept a close eye on what they’ve been cooking up on social media.

Browsing Travelzoo today I stumbled on a discount voucher for Jols Food Restaurant offering a 3 course meal for two at £22.50 per head with £37 value each. That’s just £45 for up to £74 worth of food.

You can also get a 3 course discount voucher for 4 dinners for £85 saving an extra £5 for the group.

In the Jols Restaurant discount voucher you’re entitled to a starter up to £8, main up to £21 and dessert up to £8 with anything over this value having to be supplemented to the restaurant on the evening.

Based on the main High Street in Merthyr it’s easy to get to by train from my hometown of Abercynon but only a little extra with direct line from Pontypridd, Cardiff or change at Abercynon from Aberdare or Mountain Ash. There’s also a car park just behind if someone fancies being Des for the evening.

The Jols Restaurant discount voucher is valid for lunch between (12-3pm) Wed-Sat and dinner (7-10pm) Wed-Fri until 31 Aug.

This will no doubt be a popular deal on Travelzoo so don’t leave it to long to order your Jols Restaurant discount voucher for 2 or 4 dinners before it sells out.