We were recently invited to the first in a series of gin dinners at Deaths and Entrances, the new bar within The Dead Canary and run by the same team.

The new bar opened a few months back and I loved the new flavour driven cocktail menu on the launch weekend.

The gin dinner was in collaboration with Quintessential Brands, whose gins were being paired up against the three courses of food we were being served that evening.

We toasted the night in with a welcome classic of Thom(as) Collins, to get the flavour receptors in full working order. The brand ambassador then give us a bit of history behind a Manchester gin that just so happened to be my very first purchase of gin some 3 years ago. Thomas Dakin, was the gin in question and comes in a not so standard rectangular bottle, with a large red sticker and branding on the front.

It was the bottle that caught my attention and back then there were only a handful of gin’s on the shelf not a whole section dedicated to the juniper laced spirits, if you can call some of them that these days.

The first course went straight in with the big guns as a paired gin in the form of Berkley Square, the most expensive gin of the evening. The bottle just oozed premium, with it’s lions head and knocker along with thick walled square bottle. 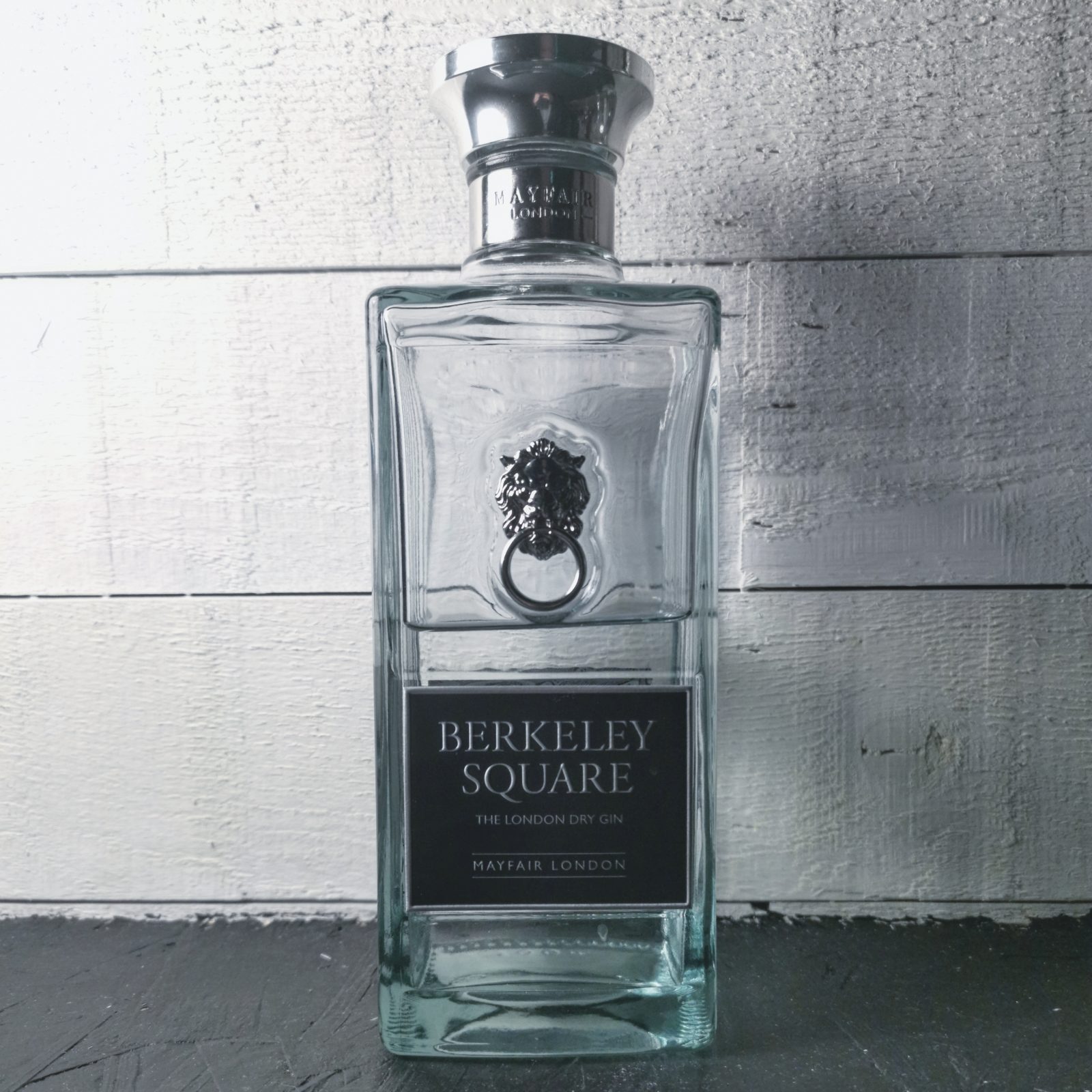 The food dish consisted of honey baked feta with lavender and a thyme and rye crisp. What a first course! I love feta and the lick of honey combined with a gentle heat in the oven, gave it a ever so slight caramelisation. It also turned it heavenly smooth in the mouth and contrasted with the crisp and bread. I could have eaten more than my fair share, lets just put it that way. The kitchen soon served our second plate of food that was paired with the Thomas Dakin gin in a cucumber and dill sour. A mackerel dish with cucumber and horseradish snow, a granita type iced affair with subtle horseradish. One of the ingredients in this centuries old recipe for gin was red coal, which was often taken as a snuff like powder to awaken the senses back in the 18th century. We now call this horseradish, so it was intriguing to find out about how gin progressed outside of London during the time of the first gin craze and also matching the botanicals within the food too. I thought it was a very creative dish and i’d never tried a savoury granita, especially not with horseradish and certainly not as a starter.

The brand ambassador also spoilt us with some of the last remaining chocolates truffles they had made for them from a Manchester chocolatier that has stopped trading at the moment, which made them extra special as they can’t be bought again. Gin and chocolate, what’s not to love especially when the truffles were made to compliment the botanicals in question. 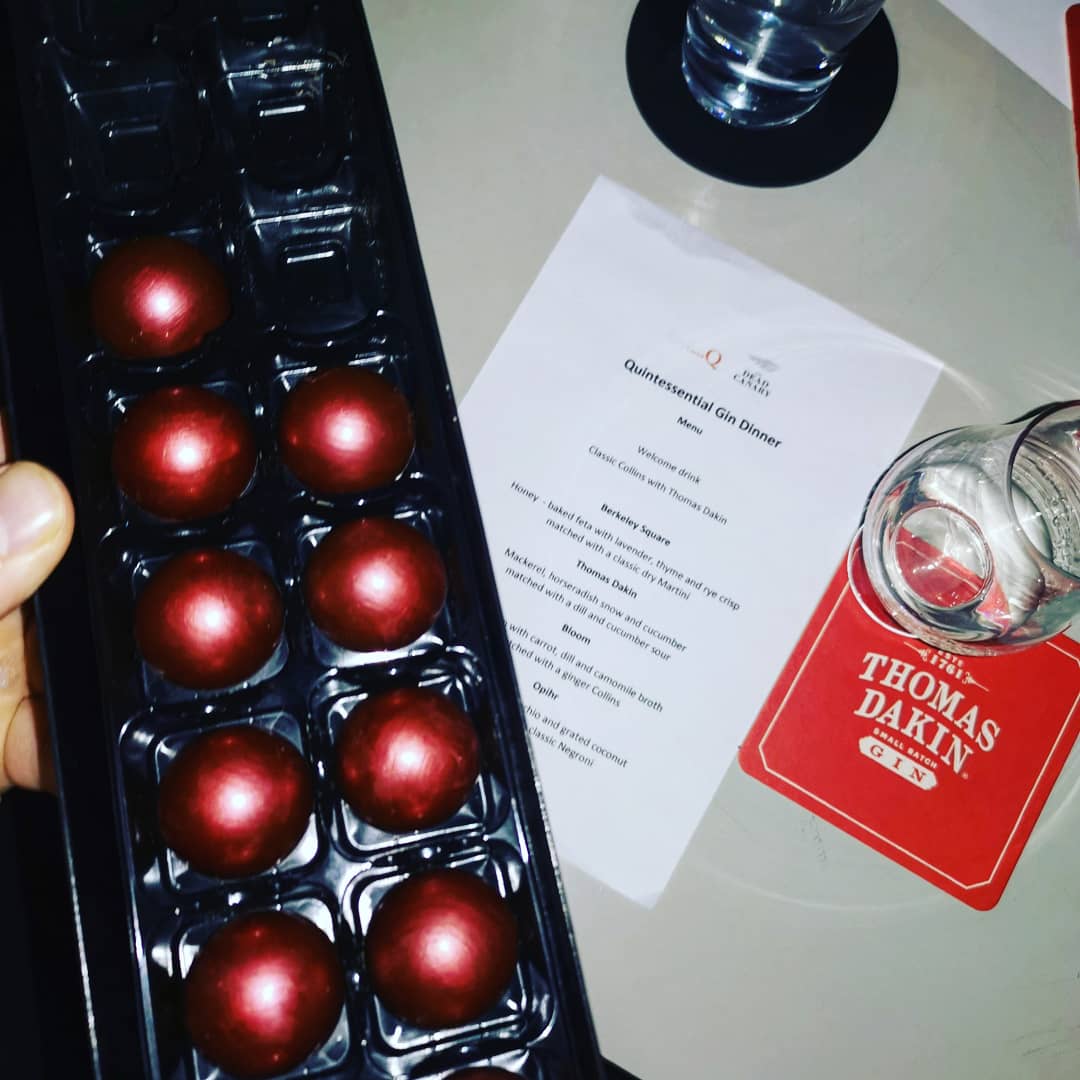 Onto the mains, which consisted of pork tenderloin with carrot, dill and camomile broth, served with a ginger collins using the floral, Bloom gin. The cocktail made a lovely refreshing addition. A Collins, sometimes known as a Tom Collins at a basic level contains gin, lemon juice and soda. This is usually jazzed up with some additional syrups and carbonated liquid to lengthen it. 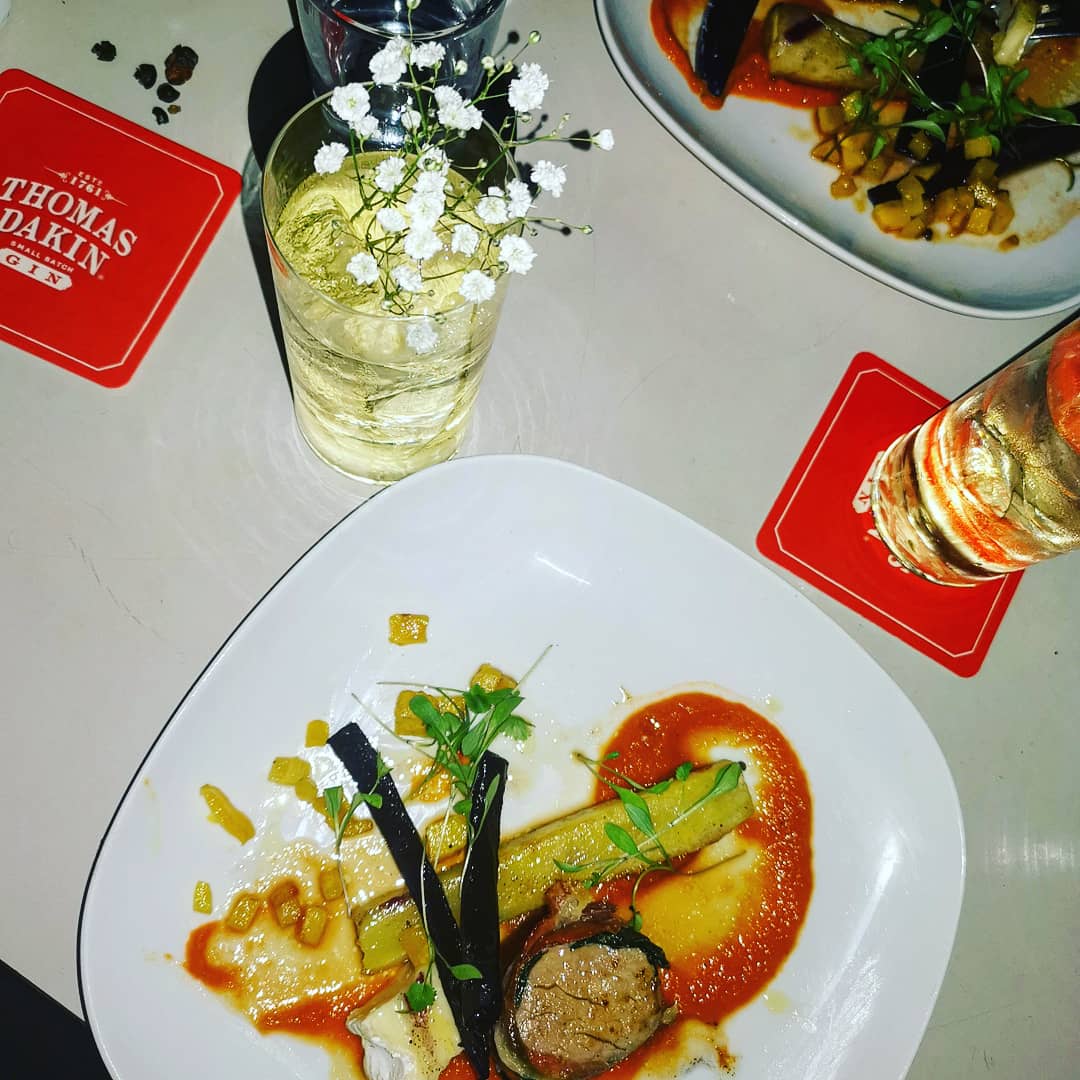 Our final course took a flight towards India, to hold up against the spice of the final gin Opihr. The dish consisted of a mango kulfi, pistachio and grated coconut. Paired with a favourite classic of mine, the negroni. Not for the faint hearted and this cocktail does seperate the men from the boys or women from the girls, with it’s use of the bitter orange Italian aperitif Campari. 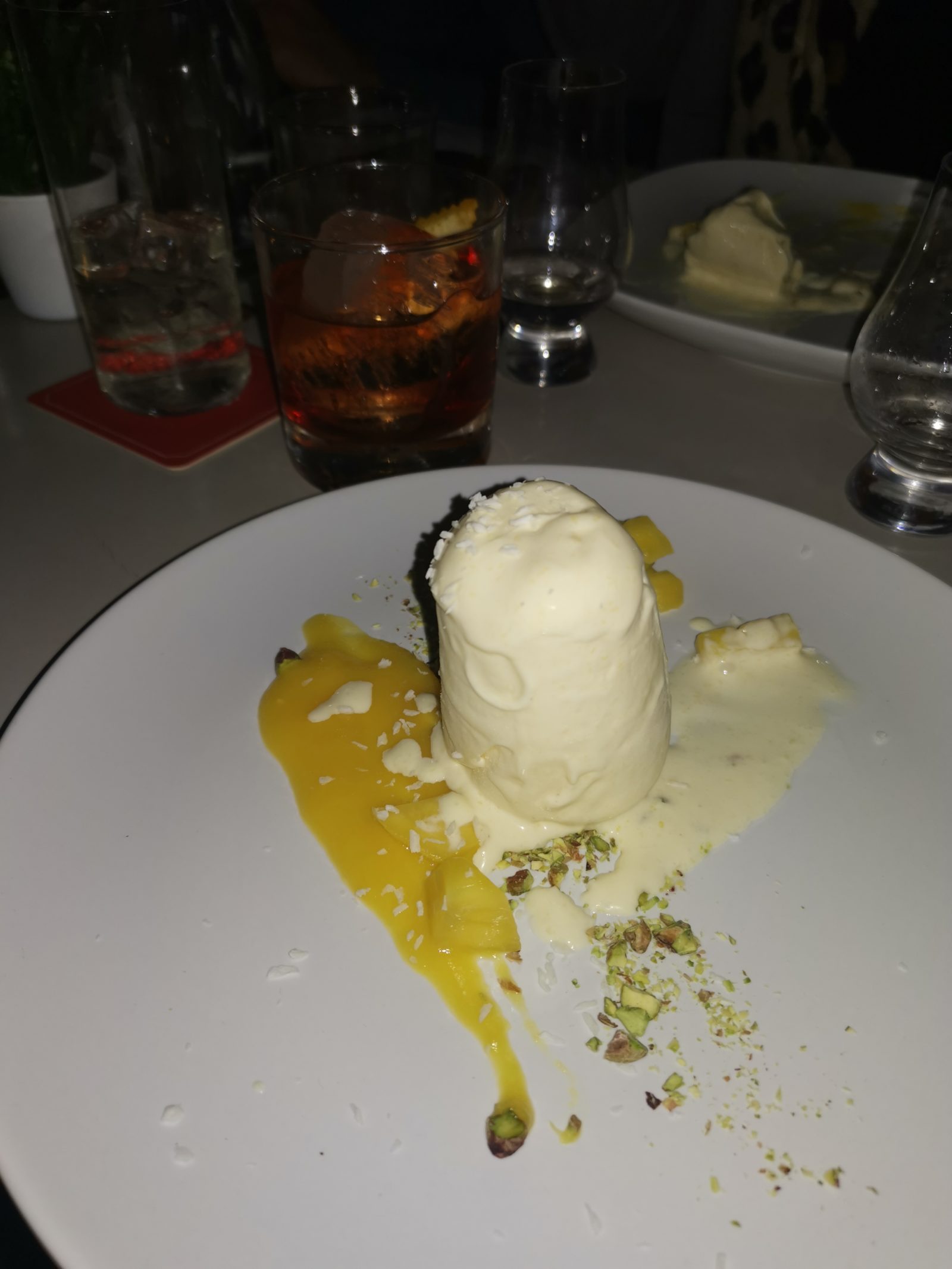 The classic ratio of 1 part gin, 1 part sweet vermouth and one part campari is sometimes tweaked, to also include barrel aging or infusions of vermouth with the likes of coffee or cacao. This is always served with a twist or slice of orange for a natural sweetness against the bitter Campari.

A negroni is a hard drink to pair up against but the creamy kulfi and the sweet fruit of the mango leant itself to the spicy cocktail. My empty plate and glass bore witness to this.

I really enjoyed the evening and I’ve been to quite a few of The Dead Canary events now over the years from gin blending, afternoon tea-ki.

We were invited to this event this time around but I’ve paid for all the other’s I’ve been to there and there’s been a few. They recently did another gin dinner and I’ve seen whisky dinners too, for those of you who prefer the amber coloured barrel aged liquor.

I’ve seen a few more advertised events on my hit list to sign up to at The Dead Canary like the return of the Afternoon Tea-ki event in collaboration with Pennyroyal, which is back for Cardiff Cocktail Week.This features tiki cocktails and caribbean inspired plates of food to match them.