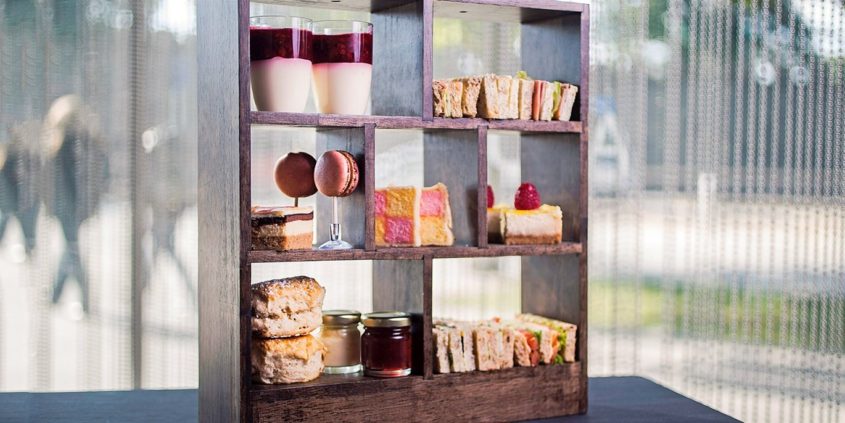 The recently relaunched Grey’ s Restaurant at the Hilton Hotel in Cardiff are currently offering an afternoon tea discount for two guests for just £23 including a glass of bubbly.

With Cardiff Castle as the perfect backdrop to sample triple layered sandwiches, welsh cakes, scones with clotted cream and jam plus a selection of mini pastries such as macarons this afternoon tea discount voucher would make nice little Christmas gift for sisters, mums and grandmothers although not forgetting the male appreciators of sugary treats as I wouldn’t mind this one myself.

I bought one for my grandmother back last year when there was a similar discount on the afternoon tea at the Hilton but that was before the relaunch of the new Grey’s Restaurant and that didn’t include a glass of bubbly either so I’m sure it will be even better this time even though nanny Carole wasn’t complaining about hers anyway.

My mum decided to buy a separate voucher for her sister at the time but you can purchase an afternoon tea discount voucher for 4 too instead of messing around with multiple vouchers for just £45. 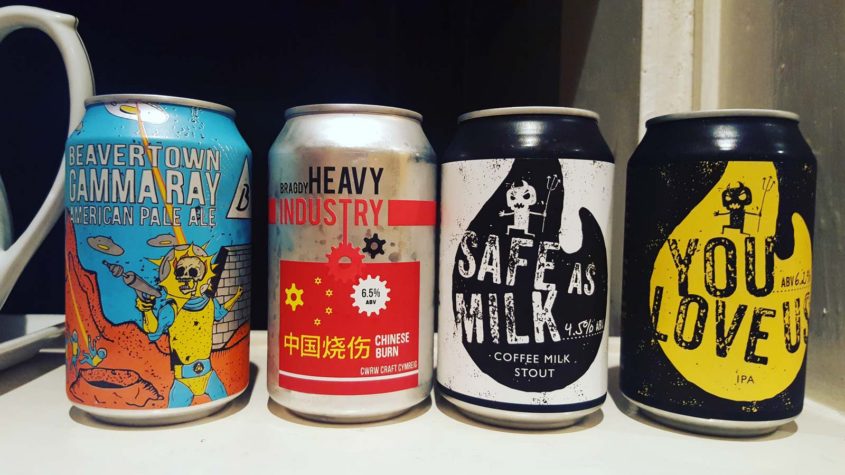 New on the daily deal discount scene if you haven’t heard about it yet is Wriggle. It popped up on my Facebook a week or two ago so i thought i’d have a nosey around on the site and signed up and to be fair i’ve been pretty impressed with the deals on offer so far in Cardiff since I signed up.

Instead of the usual chains and garbage you have to rummage through on some other well known daily deals sites they’ve hand picked some really good local favourites of mine with discounts from Crafty Devils Brewing Company, Chez Francis, Spit and Sawdust, Pizza Pronto, Dusty Knuckle Pizza’s and Lab22 cocktail bar to name but a few.

The first few deals that came through on Wriggle Cardiff happened to be lunch time deals but as I don’t live or work in Cardiff at the moment I (with tear in my eye) had to wait a whole 24 hours to see what deal they were pushing.

I waited too long to take advantage of the discount at Chez Francis with a 3 course meal and wine for just £11.50 so i’ve made it my mission to check first thing in the morning since then and bagged myself a 3 course cocktail taster at Lab22 on Chippy Lane in Cardiff for just £12.50 instead of the usual £25 but using the wriggle discount code AUHPSS I got £3 off so had 3 expertly crafted cocktails with side nibbles for just £9.50!! Absolute bargain. 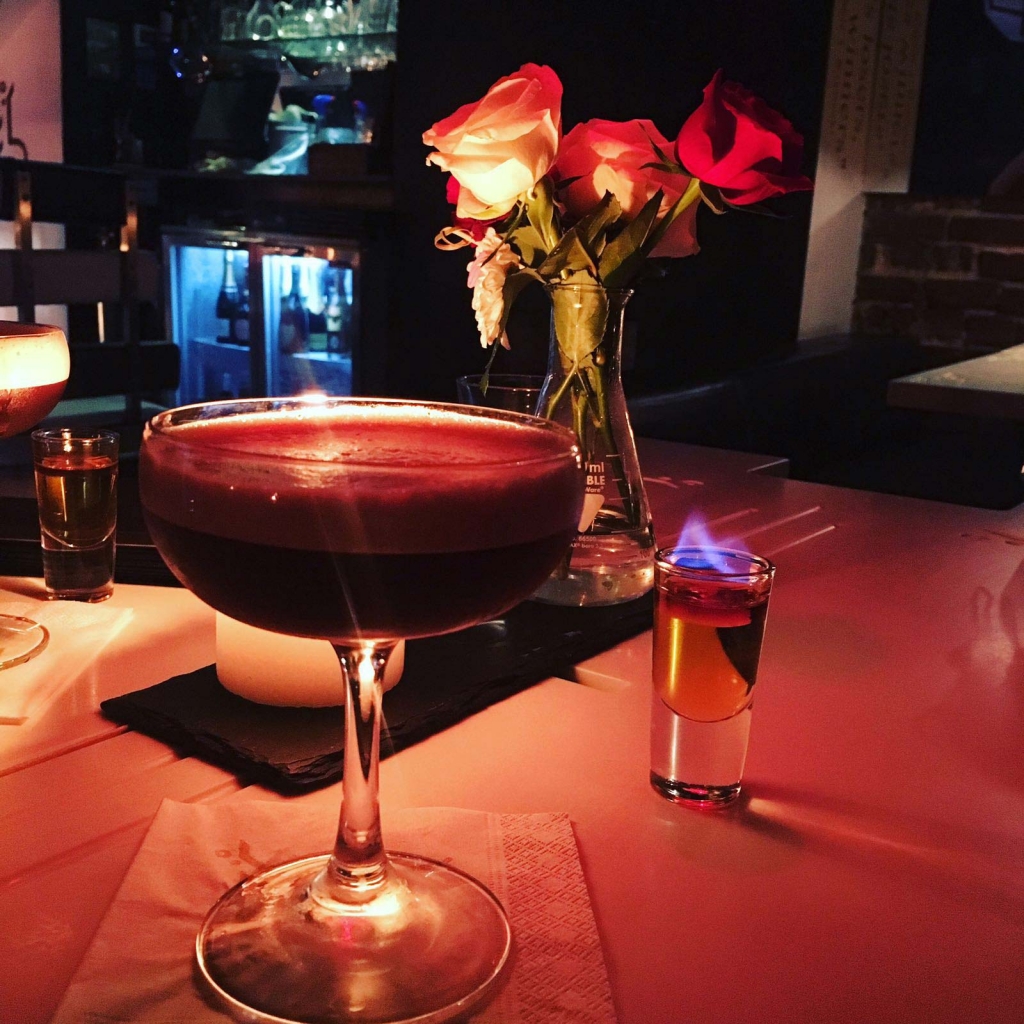 I was hooked already and was gutted with tonights offer of 5 x 1/3 pints at Crafty Devil Brewing Companies bar and bottle shop with bar snacks for just £5 as I was up nanny Carole’s for Tuesday night supper up the pub! Bearing in mind I had 4 x 1/3 and a pint in Brewdog for £20.50 on Saturday night this was a real steal if you ask me.

All was not lost though as I’ve booked in for a £3 pizza and drink at Pitch on Mill Lane tomorrow night. I would of even pushed the boat out for a double header with pizza again from Award winning Dusty Knucle Pizza for just £2 on Thursday night, which is just up the road from the Crafty Brewing Company in Canton but I’d I’ve been eagerly awaiting the Gin Fest that night down the bay. I’m hoping to sample some new botanically infused white liquor and hopefully stock up on some 1724 tonic water whilst i’m there too as I’m running low from my recent trip to get some in Harvey Nichs in Bristol.

So why is Wriggle different to other daily deals sites?

The difference between Wriggle and other daily deals like Groupon and Livingsocial is that when you buy from them you have roughly 3 months from purchase to use it but with Wriggle they advertise the deal for a specific day in the next coming week and between the window of opportunity like 5pm-9pm for example and you have to use the deal then and only then. They also don’t seem to have the somewhat infinite amount of vouchers available like some other sites but then that’s probably down to the size of the traders and because it’s only available for exchange between a few hours on a specific day but that’s what makes it better in my eyes.

I’ve lost count how many times i’ve bought a daily deals voucher with no idea when i’m going to use it in the next few months whereas with Wriggle there’s a sense of urgency and I like the knowledge in knowing I’m going to use it and sample some great local food and drink in a day or two and makes you move your ass to sort it out asap.

I’m not sure if the deals are going to feature some of the local favourite independent traders in the future as heavily as it has done in the launch and for such amazing prices but let’s hope they don’t take the easy option and poison the site with chain after chain like some other daily deal sites.

You can sign up for Wriggle Cardiff here but have also launched in other large cities in the UK too to take advantage of but make sure you use the Wriggle discount code AUHPSS to get money off your first deal. 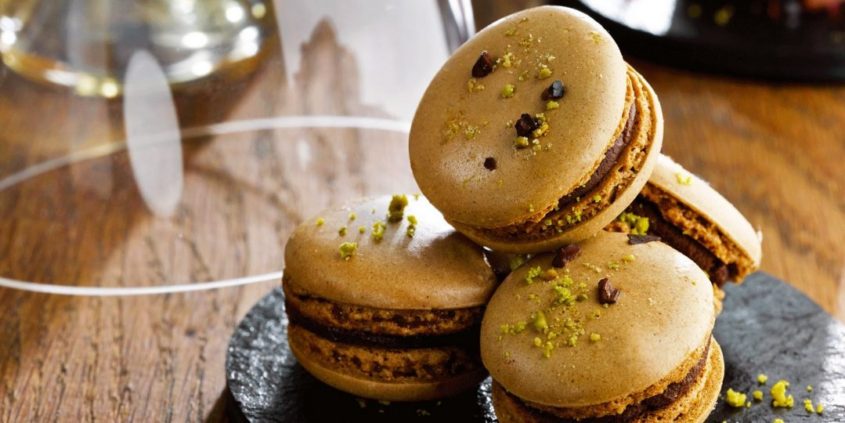 As i’ve mentioned previously on the site, Park House is a well kept secret close to the city centre but off the beaten track of those scouring the streets of the Welsh capital following their the scents wafting around the bustling arcades and side streets that are the usual suspects for filling hungry bellies.

I’ve sampled the 7 course taster menu but yet to dine at Park House for the afternoon tea but after stumbling upon this great offer of afternoon tea for 2 for just £29 instead of the usual £50 so it’s nearly a half price discount.

They don’t just have Dave whose just done his level 1 BTEC in food behind the kitchen churning out plates of cheese and onion sandwiches and a wedge of stale Victoria Sponge here, oh no!

A little bit about the accolades of the hidden gem and the man behind the sorcery being concocted behind the flames in the kitchen.

The 2-AA-Rosette restaurant is “one of the most enjoyable places to eat in Cardiff”, according to The AA Restaurant Guide 2016.

Head chef Iain Inman, who has worked with the likes of Jean-Christophe Novelli, gained experience at the 2-Michelin-star The Square Restaurant, and was later appointed head chef at the 5-star Pennyhill Park under the mentorship of 2-Michelin-star chef Michael Wignall.

Park House has won multiple awards, including the South Wales Echo’s Restaurant of the Year 2013-2014, and the Wine Spectator Best of Award of Excellence 2015.

So why have I never been to this contender for best restaurant of the year in Wales before? Well you’ve only got yourself to blame for that one but fear not if you jog on over to Travelzoo right now you can sample some of the magnificent creations that are being expertly crafted to meet the high expectations of Park Houses dinners for a fraction of the normal price of the afternoon tea.

This Park House afternoon tea discount is a time limited offer and are only usually available to buy for a couple of days and maybe a week on the Travelzoo website so be quick before they are all gone. You can get a discount voucher for the afternoon the for either 2 dinners for £29 or 4 dinners for just £50 getting it half price. Once you’ve purchased the vouchers from Travelzoo you can use them between 12-4pm Wed-Sat until 31 Oct.