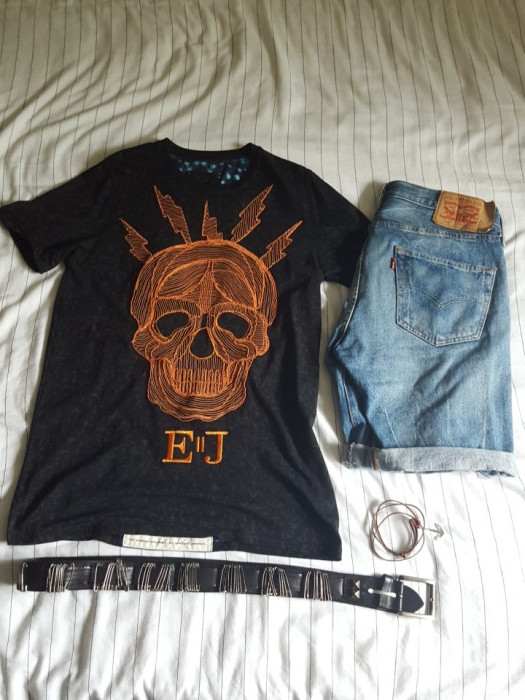 So Ibiza is nearly upon me with a week to go till I return to the White Isle for my 3rd trip but i’ve been on an 8 year hiatus so it will be good to get back. I think I’m in for quite a surprise mind as electronic music has changed a hell of a lot since then in terms of new clubs, the emergence of the cheese that is EDM and the spiralling prices of door and drinks prices.

There are the trusty favourites still keeping the place in check and keeping it to it’s roots with the King of the turntables himself  Carl Cox, which is number one on my list of things to do as i’ve seen him play countless times but not since Ultra at Miami about 3 years ago and in my 2 previous trips to Ibiza I didn’t manage to catch him or sample the delights of Space.

I was going to attempt to just make do with what i’ve got in the wardrobe as I am only going for 4 days but I’m so shapeless I seem to go in and out of fitting my clothes and these chicken legs don’t do me any favours so I needed a couple of pairs of shorts as I have lost an inch or two from Crossfit since I’ve set my shocking size 7 hobbit feet in a swimming pool last.

I decided to make some last minute purchased on the weekend I just hope they come back in time and a few bit’s i’ve bought in the past week or two from what I think will be the essentials for 4 days of partying at Sankeys on a Sunday, by the pool at Ocean Beach on the Monday, getting down to Coxy at Space on Tuesday and wherever the mood takes us on our final night on the Wednesday. 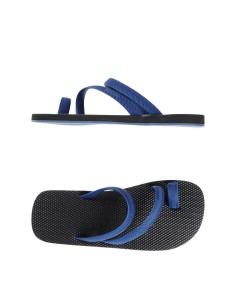 I’m very, very, very fussy with my flip flops so much in fact i’ve been looking for a pair for the past 3 years and I just haven’t worn any mainly due to that fact and probably as I haven’t been olo a few months ago. After about an hour of scrolling I stumbled on these beauties by Danward (who i’ve never heard of personally) but on doing a google search it turns out his designer footwear for the beach retail around £120 so for £40 they were as good as sold! They didn’t have the all black I fancied so next best was the black and blue. What’s also good about these flip flops is the unique strap mechanism, which doesn’t require that bloody awful thong like rubber to sit in be your toes and irritate them if you have’t work them in 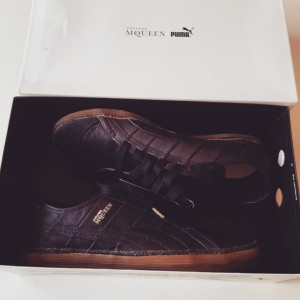 some time, which i haven’on holidays since then too. My last 2 pairs of flips have been all white so I fancied something different for a change and i’ve hunted everywhere online and unless you wanted a pair of Gandy’s flip flops or the Diesel Splash, which are the ones I bought 3 years ago and the cheeky barstewards are still flogging them then you’re stuffed! Decided to have a browse on the 5k plus pairs on Yoox as I managed to find a bargain of a pair of tassle loafers there for the polo.

I’ll also need to take some sensible daps for the evening as the flip flops haven’t arrived yet so not sure how my feet are going to fair with the new straps i’ve not been used to yet so taking a trusty pair of Puma McQueen’s, which have been my favourite trainer brand of the past 5 years and managed to pick up a pair on Secret Sales about a month ago with a good deal in the sale. 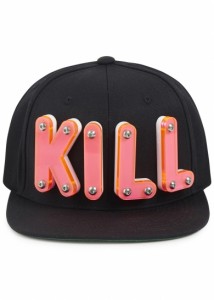 So the last cap I bought was about 2 years ago a new era black on black and it’s looking a bit grubby even though i very wear a cap but the few strands of hair i’ve got upstairs are diminishing by the day so I definitely needed some scalp protection. I saw this Adeen cap on the Harvey Nichols site when it was full price and thought that’s mental nobody is going to pay that price. A few months later they had slashed the price down over £100 down to £55. It was the craziest hat i’d seen in ages so thought were better to wear it that Ibiza and unless someone else spotted it at that discount there wouldn’t be many others wearing it out there hopefully! 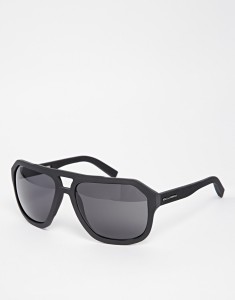 Still on the theme of UV protection with any clubbing outing and arguably the number one accessory is sunglasses. I’m done with Ray Bans after my first pair of neon blue about 6 years ago and my white aviators about 4 years ago I fancied something different. I went for a different style last year with my AM Eyewear Captain Jonny in tortoiseshell, which were pretty cool until I left them on my car seat, gave my sister a lift in the car and she sent them hurling across my drive leaving a scratch across the left lens at the start of the summer. I also seem to have an abnormally large face so most shades look like I’ve stollen them from an 8 year old as they look like i’ve cut the bottom out of a shot glass and wired them to my face as they always look tiny in comparison to my face so I wanted to go bigger to compensate on my next pair. After a good few hours on all the regular suspects for websites I stumbled on a few ray bans in a new shape but they seemed to be modelled on women and weren’t overly large on them so i’d probably need two pairs to cover this face and then I came to the Dolce & Gabbana with chunky hexagonal style frame and lenses. My brother bought a pair of Dolce & Gabbana ones a few months back in black too so i had to check first but his were more of an oval shape so I went ahead and they were in the sale on Asos too saving nearly £70.

Firetrap swim trunks £9 down from £30

This is Ibiza after all and they do tend to have a bit more sunlight than us in the UK so i’ll be needing an array of shorts for both the day in the pool and in the night as I do get a bit hot and sweaty so like to let a bit of steam of my chicken legs whilst busting a move. I’m taking my Levi’s denim cut offs because I love my jean’s and most of my cut off’s are old jeans I’m bored of and taken the scissors to so these are the first ones i’ve bought in ages and will pretty much go with anything in the evening. I bought them in April out of my birthday money so paid full price of £55 but they are in the sale with 50% discount at the moment in House of Fraser. I’m taking a few other’s i’ve bought last year like the Bolongaro Trevor Black mixer shorts, which I’ve just taken to have taken in today as i’ve lost 2 inches around my waist apparently and the 32″ don’t fit me. There’s no way i’m a 30″ waist so they must have stretched or something!

The other two purchases were just for wearing in the pool so didn’t fancy spending much the Van’s were £35 from £50 and the Firetrap just £9 down from £30, which was a bargain both from USC. Only went on there as i’d looked through the 600 pairs on asos 5 times and gave up on the 10th page out of 3000 items on Yoox and couldn’t think were else to go but haven’t shopped there in ages as it turned into a bit of a chav fest after it moved on from St Mary street in Cardiff many moons ago into St David’s 2.

Last but not least and probably my fav item of clothing the tees in close with my shades, which I have another obsession for…saying that I don’t do bad with footwear either mind! 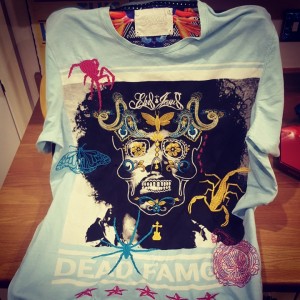 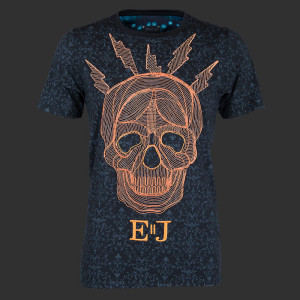 In front with as i’ve waited so long to get my hands on some new graphic tee’s from them with their year long hiatus online is Elvis Jesus. I bought one as soon they came back with the new season online with the Skullwire Tee with an orange skull with lightening bolts on top of an ornate base print in dark navy and grey. I’ve only worn this once so far and that was back at the Above and Beyond gig at Brixton academy so it’s dying to see some lazers and pyrotechnics with some dirty tech house beats thrown in. Recently Elvis Jesus have also taken to Twitter with a weekly #EJAuction of one off pieces and samples to some classics from yesteryear with the highest bidder on a Friday taking the prized piece of the week. I was lucky to win an auction a few weeks back for the Elvis Jesus Sugar Skull with Hendrix adorning the front in light blue, which I fell in love with as soon as I saw it.

I’ll be taking a few of my other favourite brand Vivienne Westwood tees too most probably the Sea Creatures tee with jellyfish and other vibrantly coloured sea beings bought especially for Amsterdam Dance Event last year seeing that it was the most hypnotic and psychedelic piece i’d seen in ages. 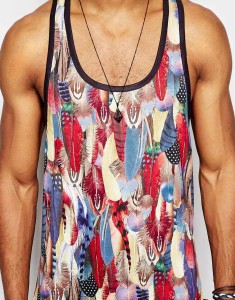 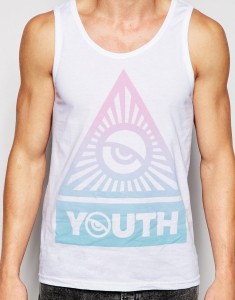 I’ve bought a couple of vests on asos just to throw on for going for food and around the pool in the day such as the Jaded London in red with feathers above and the Youth – All seeing eye vest in white. Another brand I think deserves a place on the list especially for a trip in Ibiza and that is Wasted Heroes, which have graced a place in front of many a turntable over the past year or two most notably from house music stallwarts such as Carl Cox, Sasha and most recently Yousef being pictured on the stars in recent gigs. The tees all retail for around £24.99 on the Wasted Heroes website exclusively. 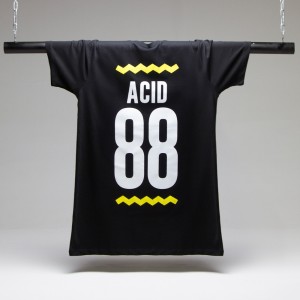 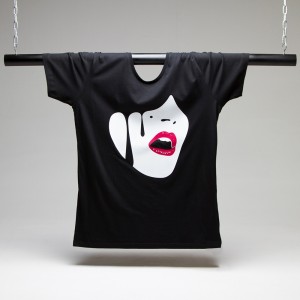 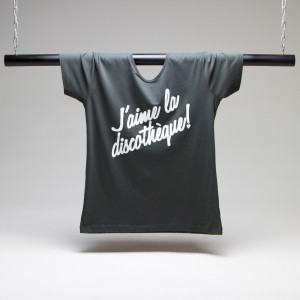 That’s my list of the 5 essentials for a trip to the White Isle this year but don’t forget to pack the suncream too and some ammodium you never know when you might need that especially staying all inclusive in Pikeys Park like we’re doing this year on 13th September! 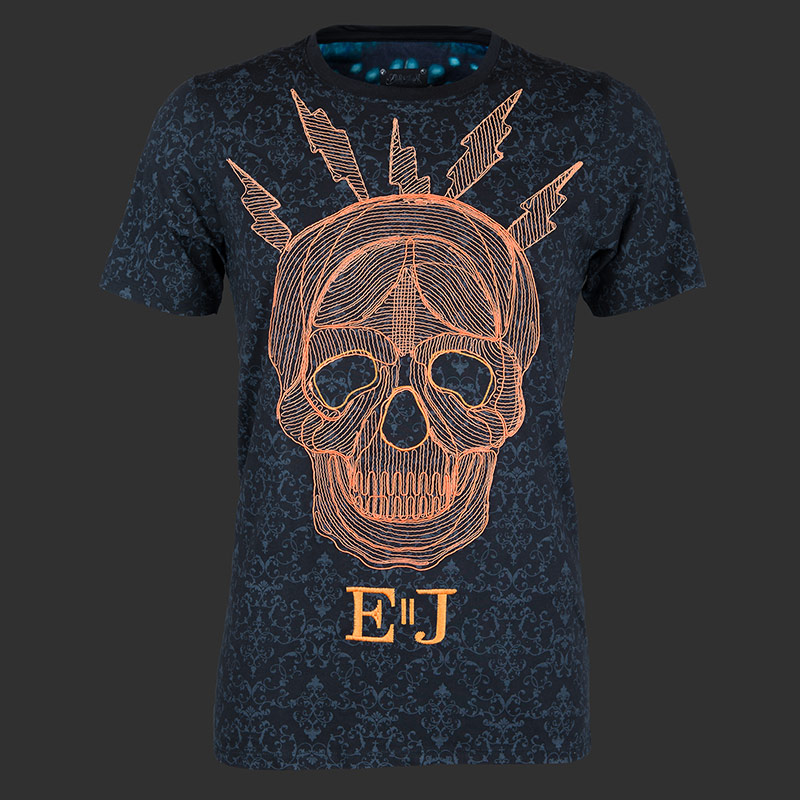 Top 10 Check Shirts for Winter 2015
Scroll to top
We use cookies to ensure that we give you the best experience on our website. If you continue to use this site we will assume that you are happy with it.Ok