Time & Beef review in Cardiff and discount voucher with Wriggle

Pie Minister discount voucher for 2 in Cardiff with Living Social 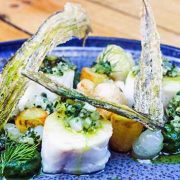 Pure Kitchen Cardiff Bay Discount Voucher For Breakfast – Livingsocia...
We use cookies to ensure that we give you the best experience on our website. If you continue to use this site we will assume that you are happy with it.Ok
Scroll to top