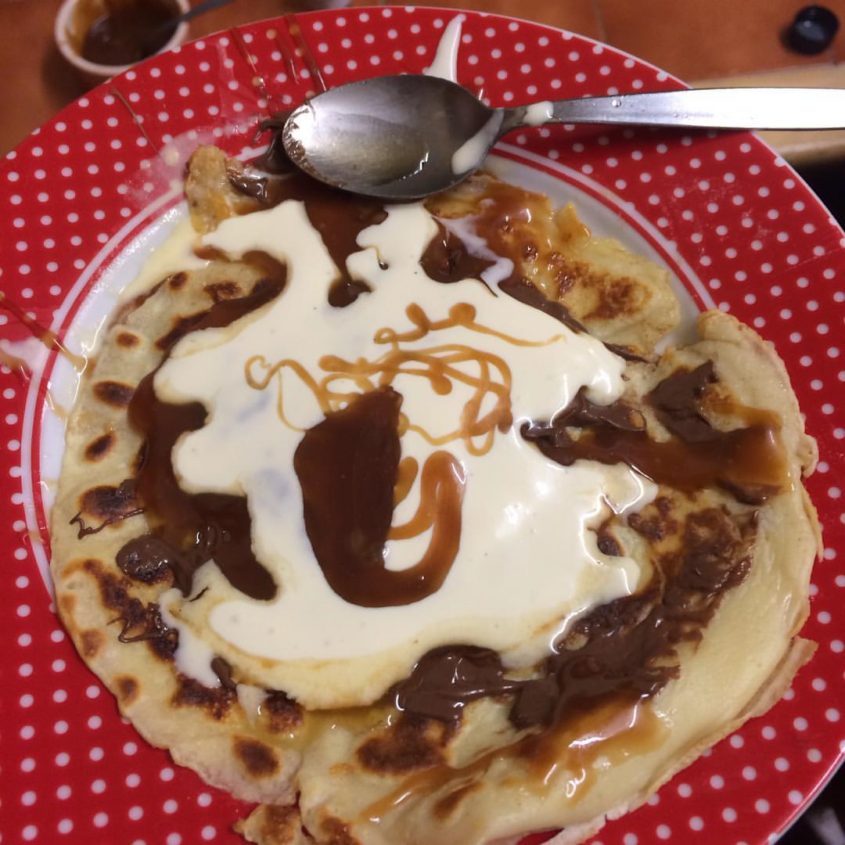 Every year on pancake day I come home and my mum’s causes the biggest crime to cooking known to man…buying a pre-mix box for making pancakes! I’m sick in my mouth a little at the thought of putting one of those grotesque plasticy pieces of shit in my mouth!

So then every year I trawl the interweb looking for a recipe for PROPER PANCAKES! I forget the coming year and do it all again so i thought after my extra special batch of batter I made this year after a bit of tweaking over the years i’d immortalise it on my blog so I can refer back to it in future years and maybe add to it from there.

Anyway all good pancakes instead of using a bag of pre-made crap from the local Spar with a list of ingredients longer than Ron Jeremy’s shlong only require 4 ingredients so how it can be that hard in the first place, I do question how people who resort to fake pancake mixes have survived this far in life!

a small pinch of salt

Then you will need butter for greasing the pan between pancakes again i’ve gone for Sainsbury’s Jersey Cow’s taste the difference salted butter because who want’s fake flora or whatever other crappy vegetable based butter your grandmother has festering away in the fridge.

Pour the flour into a bowl, crack over the two eggs and beat with a whist to incorporate all the egg into the flour so it’s wet. The idea is to add small dashes of the milk whilst whisking so that you’re not left with big lumps of flour in the bowl.

Once all the milk has been added and you have a light batter after whisking all the ingredients together add a knob of butter to the hot pan I used setting 3-4 on a hob with 6 being max with a cast iron pan.

You don’t want the butter to burn so as soon as it melts add a ladle of the pancake mix to the pan leaving it for a minute before you even think of touching and mutilating the wet pancake mix with a spatula as my mum seems to love doing every time she attempts to make them so she’s banned from going near them from now. Once the pancake starts to firm up on the first side and there doesn’t seem to be any wetness on top start to go around the edges of it with the spatula to stop it sticking and then scrape underneath it for the final test in the pancake cook…the Pancake Toss!!

Anyway flip it over and leave it settle for about another minute making sure not to burn because if the kids you’ve got queuing up with wild eyes and plates stuck out fighting for the first one are as fussy as in my nan’s house on pancake day they will toss it back at you if it’s cremated!

I sometimes give the first side another couple of seconds to make sure it’s warmed through and the pancake is at the ultimate melting temperature for what sugar laden topping you’ve got lined up for it. My usual suspect being salted caramel and or chocolate. I did however couple the freshly made salted caramel with Sainsbury’s madagascan vanilla cream, which went down a treat with each other and tasted quite similar to melted vanilla ice cream.

In a bowl add the granulated sugar and water and put on high heat to bring up to boil. Leave boiling away for several minutes. I used a sugar thermometer but couldn’t find how hot i needed it to go so it got up to 170C and just after it started to darken slightly.

This is were you need to be extra vigilant as there’s a very small window between it caramelising to the right colour and burning. You will notice it’s turning to a caramel too as it starts to smell more as it’s browning. You want a light caramelisation and as soon as it does start going from faint brown to a darker colour take it off the heat as it will continue to cook. Drop the butter in and start mixing it into the molten sugar but watch as it will start to bubble due to it being lower temperature.

Once the butter is mixed in with no lumps add the vanilla then the cream and whisk again but be careful it doesn’t start to spit again. At this point if you want to add a shot of spiced rum you can do it here to get the full flavour as adding it to the sugar syrup kills off most of the alcohol. Stir until it’s combined  fully and pour into a jar or whatever you’re using to store or pour it from onto your pancakes or whatever recipe you have lined up for it.

If it goes hard when it’s cooled or put in the fridge for a later date then just warm it up in 10 second blasts in the microwave until it’s to the right consistency. 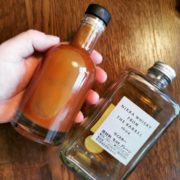 Best hosting provider
Scroll to top
We use cookies to ensure that we give you the best experience on our website. If you continue to use this site we will assume that you are happy with it.Ok