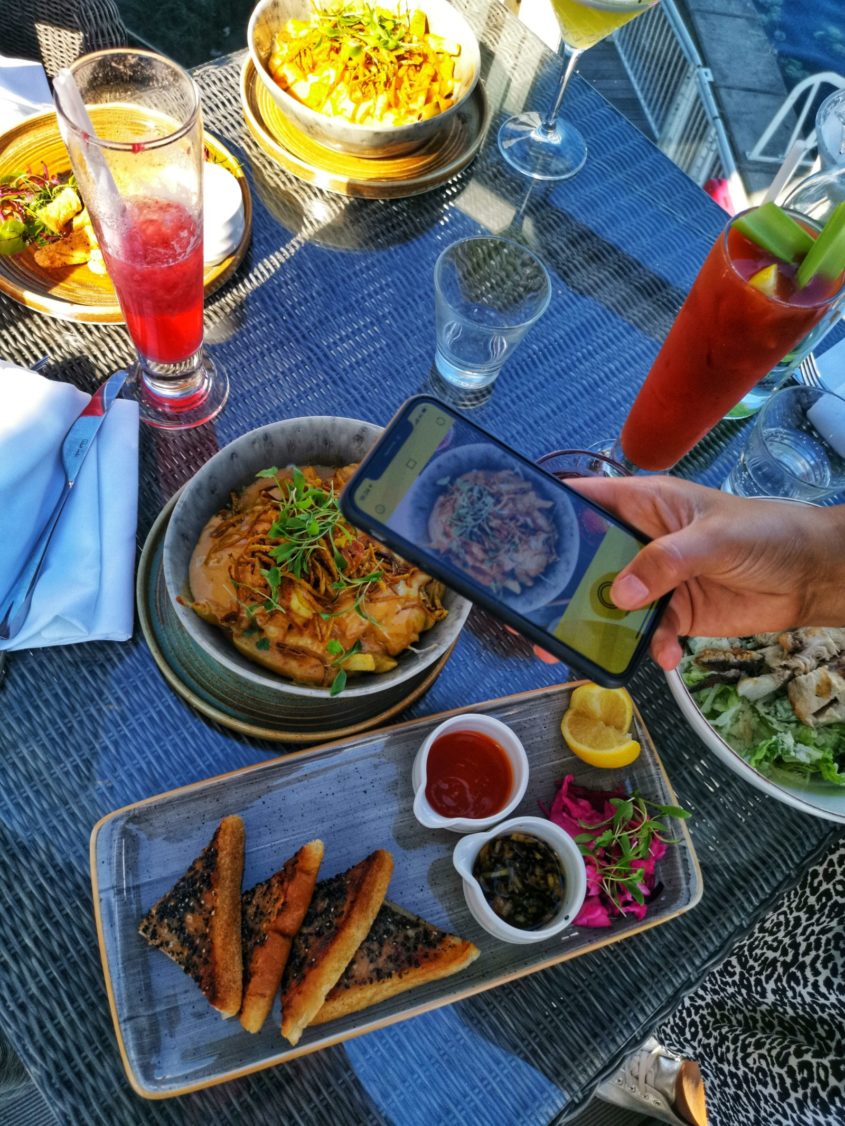 I recently got chosen to name a cocktail on the new Admiral St David bar and restaurant at Voco St David’s in Cardiff Bay. I was given the ingredients and had to choose the name on Facebook, with their favourite being selected and being put on the menu. I also got to sample the new menu with 3 friends

I’ve stayed at St David’s Hotel a few times, but not for about 4 years and not since it was taken over by the IHG luxury offering Voco Hotels, so I was keen to check out the menu there.

We were treated to 3 drinks each, 12 in total so we opted to dive straight in and tick as many off the new summer launched cocktail menu.

The drink was perfectly balanced to be fair  and I love the savoury notes from the drink. My mother was so impressed after a sip of mine, that she ordered the same twice.

The menu featured a range of base spirits for those not too keen on gin such as whisky, rum, tequila or even non alcoholic versions for those wanting something tasty without the punch of alcohol.

On the day I also sampled a gool ole Bloody Mary with a subtle kick of spice and a Negroni Fiammeggianti with the addition of Fire Eater cinnamon liquer.

I’d usually go for short and punchy drinks out of choice at a bar and these were more on the lengthened drinks kind of route, but seeing that it was 1pm in the afternoon in the sweltering sun, this was probably for the best. It was nice and refreshing sat on the outside terrace sipping cocktails, overlooking the bay with a gentle breeze, giving my scalp a much needed cool down.

If i’d gone short and punchy at that time of day, sat in the sun I’d probably have ended up over the side of the balcony and into the barrage.

We only had the drinks included in our complimentary package but having a peek at the bar menu, sticking just to drinks was never going to happen.

I love the Asian influences on the menu and right at the top of my list was the loaded fries with Laksa sauce, crispy onions and cheese and two bowls for the table, so I didn’t have to share.

Alongside this I ordered some prawn toast and some calamari. 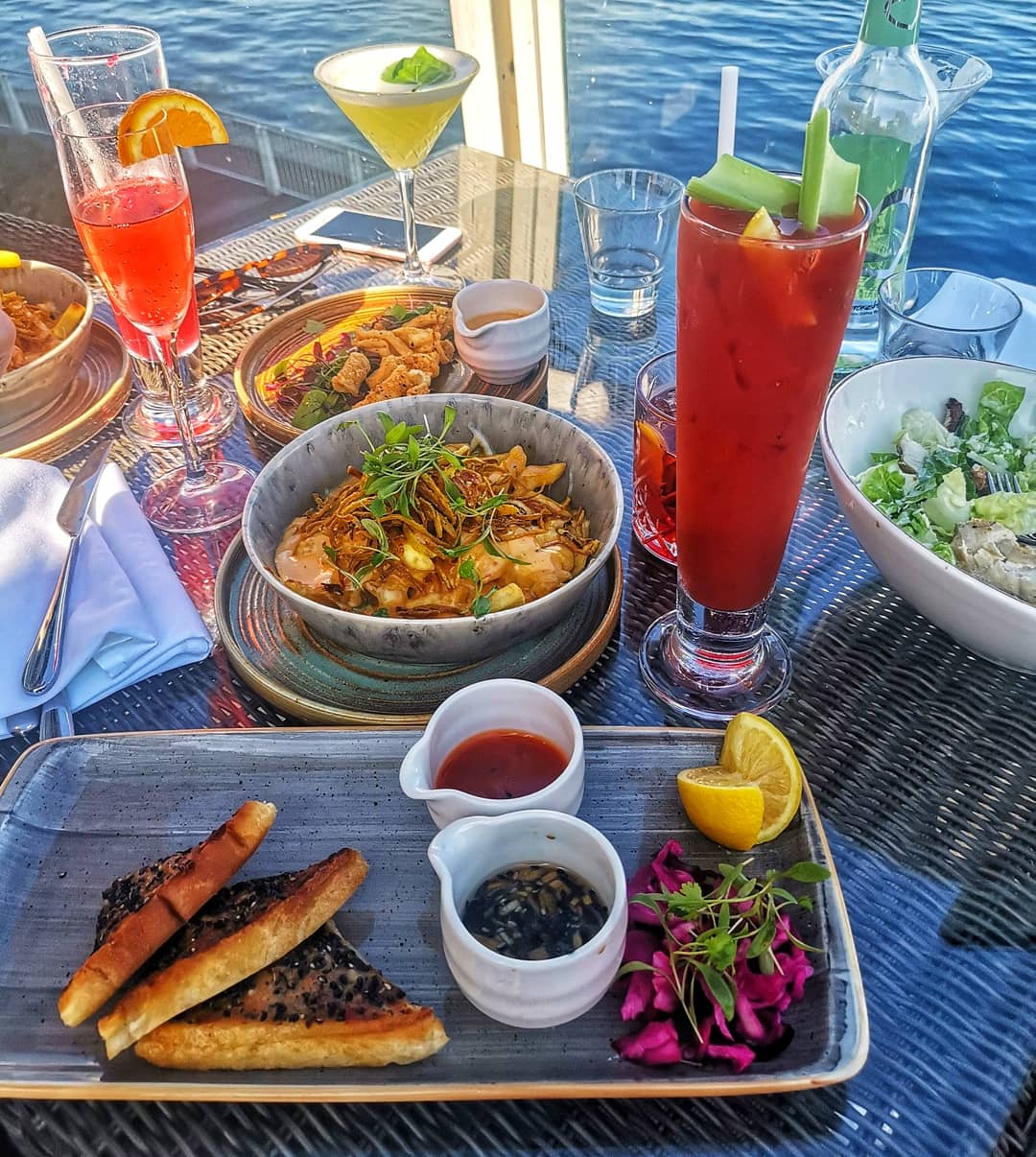 The loaded fries were just as good as they sounded. A generous portion of perfectly cooked chips. Yes there is such a thing. One thing I hate is soft anemic chips! A coating of melted cheddar and a lush fragrant Laksa sauce, topped off with tangy, fresh crispy onions. Drool worthy stuff right there and the poshest of dirty fries I’ve eaten and I’ll definitely be back for some more of these, that’s for sure.

I wasn’t too impressed with the portion of calamari but what was there was decent enough. Light, soft in the middle and light crisp on the outside and not cloying with grease, like they sometimes are.

The prawn toast was delish too. Thick cut, crispy bread with a lip smacking kick of prawny goodness. This came with a side of dips to dunk in too.

I tried ordering some pork belly bao’s but they were all out of the pork and had already ordered calamari so didn’t want to go veggie.

We were all very impressed with our visit to the Admiral St Davids. Ok so nobody is going to stick their nose up to free cocktails, but they were very sinkable and there weren’t any I didn’t enjoy.

A bit sweeter and lengthened more than I would normally go for but it’s not the place to sit and get pissed, it was just nice to sit outside in the sun on an early afternoon and hydrate with some refreshing alcohol based tipples.

We didn’t try anything on the main menu for food, but the small dishes we did sample were very good. The loaded fries were probably my favourite dirty fries I’ve eaten. I’ve never seen my mum polish off a plate of chips so quickly either.

I’ve never really thought of going to St David’s just for drinks but on the day we went, with not even a cloud in the sky, I don’t think you could beat the spot for a drink down the bay. Amazing views, decent drinks, delicious nibbles and away from the crowds of stags and penis straw drinking hens.

I never realised I like civilised, but I could get used to it. I’d definitely put St Davids at the top of my list for afternoon or early evening drinks the next time I’m down the bay. 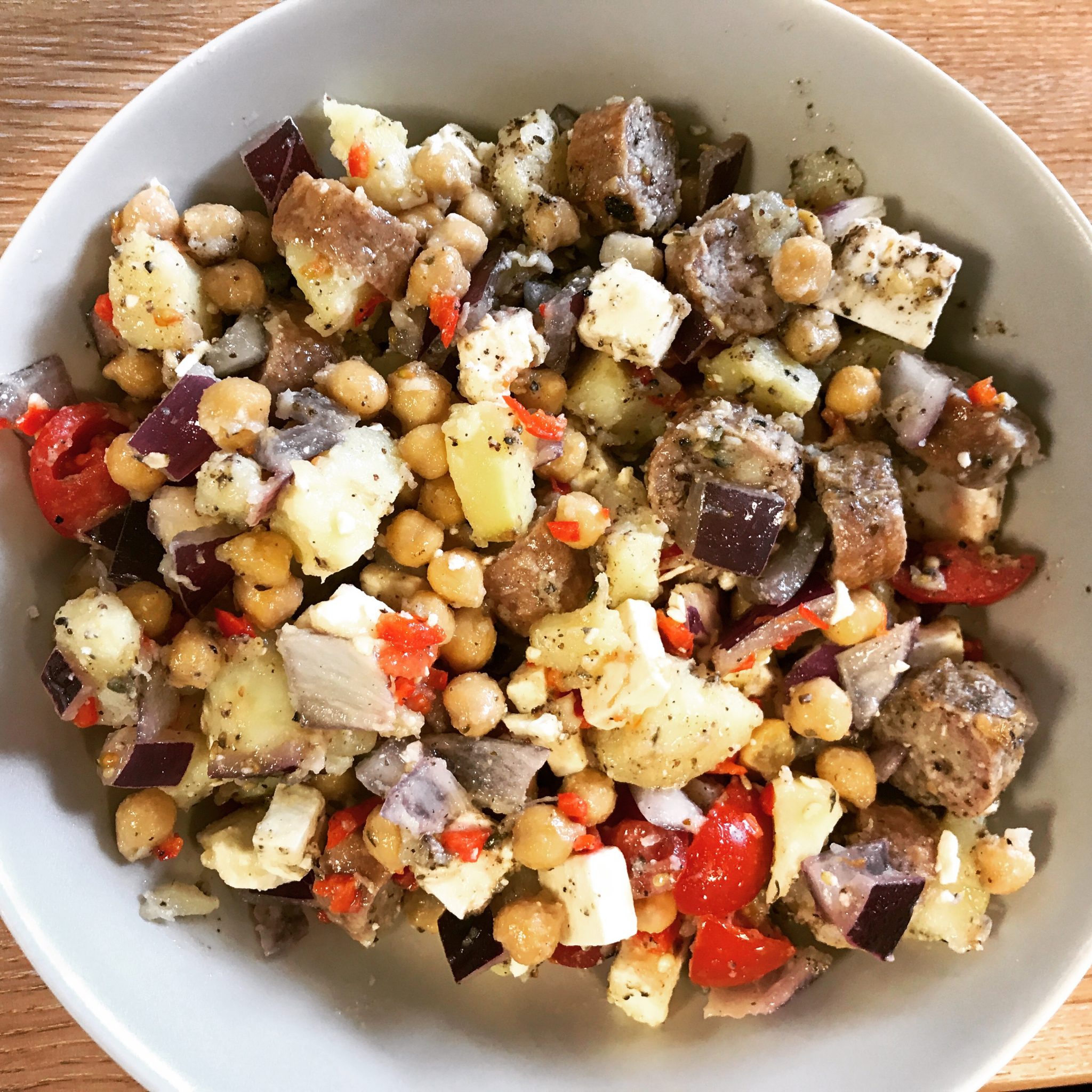 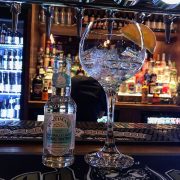 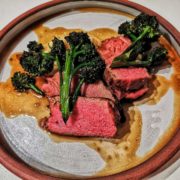 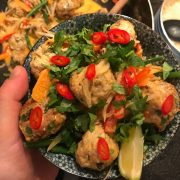 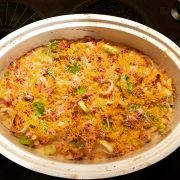 Steak, King Prawn, Puy Lentils and Salsa Verde Recipe
Scroll to top
We use cookies to ensure that we give you the best experience on our website. If you continue to use this site we will assume that you are happy with it.Ok